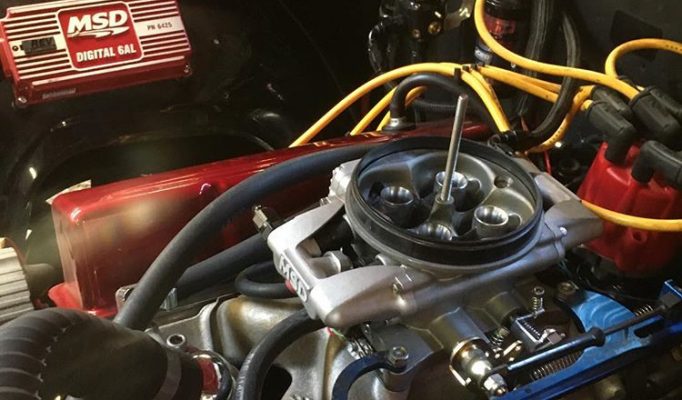 This is a pretty popular upgrade these days – and we’ve been there since the beginning having installed some of the first kits available starting with Holley Pro-Jection systems in the early 2000’s. There’s a ton of options now, and we have installed them all. Our learning has taught us that there is a RIGHT way. If you’re thinking about getting this upgrade soon, schedule an appointment – and we’ll walk you through a package for your application.

We prefer to use in-tank pumps – it keeps the pump cool – and external pumps are super noisy. We’ve done tank conversions using the Aeromotive Phantom pump – and recently many companies are now selling tanks ready for EFI installs.

After the tank, we use high quality hose and fittings from Earl’s to run our feed and return lines along with a quality EFI rated fuel filter.

We’re well versed in all of the systems from Holley Sniper, FiTech, MSD Atomic, FAST and the like. We’ll take care of getting the parts (and even save you a few $$ in most cases over online prices!).

What we like most about EFI conversions:
1. Drivability – If you have cold starts or hot start problems, they go away with an EFI conversion. If you travel to higher or lower altitudes, you will not have similar issues you have with a carburetor.

2. Tuneability – While carburetors are not necessarily a “Black Art” like some think (we can tune those here as well) tuning a throttle body EFI system is much simpler, and precise. We also add in timing control to some systems that will control ignition timing curve on the engine allowing us to dial it in further. Since the Air fuel ratios are constantly being adjusted on most EFI systems, your car will be closer to the ideal tune all the time.

3. Ethanol issues – The ethanol in modern gas wreaks havoc on carburetors – with an EFI conversion, it’s a non-issue. We’ve seen many a weekend cruiser have its carb internals corroded by ethanol.

What EFI conversions WONT do:
1. Fuel economy: Many customers think EFI is going to give them some drastic improvement in fuel economy – but this won’t really happen. Sure, you may get 1-4 MPG, but a properly tuned carb could do the same. Don’t expect to double your fuel economy.

2. It won’t make your old engine a “New Car” – Your engine is still using 50’s, 60’s or 70’s tech as its core – even though now there’s a controlled fuel delivery system on it. You’ll still have to “Warm up” your car – something you don’t have to do to most late model cars as they have much deeper control systems with computers. On most aftermarket EFI systems very little is controlled by the computer until the engine reaches near operating temperatures – until then, it’s jsut a fancy carb on an old engine.

We see a ton of cars come in with tires that are older than 10 years – and while the tread looks brand new, we HIGHLY 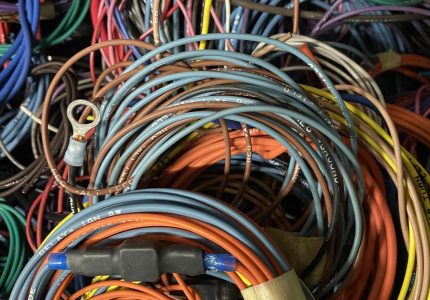 From simple battery or alternator issue, to compete re-wiring we can handle any electrical diagnosis in your hot rod, muscle 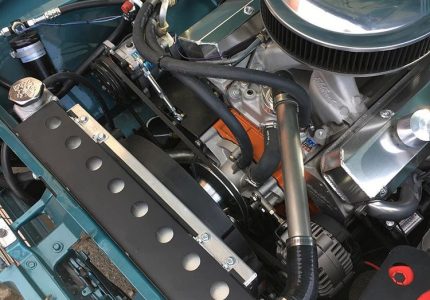 Traffic can be a drag in a Classic car or Muscle car – especially when you are constantly on the verge of overheating.